After connect VXDIAG VCX SE BMW interface with BMW E38 year 1999 and try to program module with ISTA-P software, ISTA-P can read VIN and find proper module, but fail to program.  ISTA/P gave error “A fault occurred on execution of the measure”

ISTA reported an error “A fault occurred on execution of the measure” when diagnosing a BMW E46. 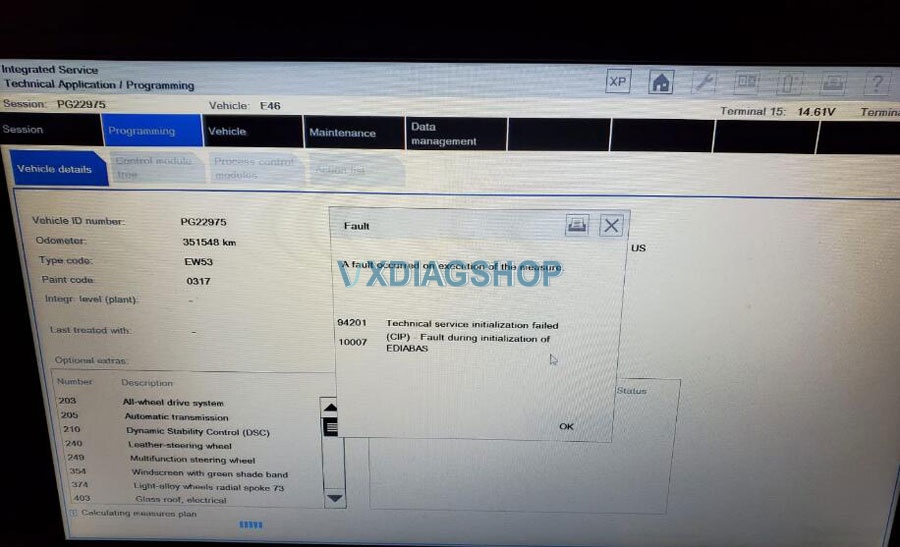 Initialization error. Close and run the software again. If still failed after several tries, there is something wrong with the hard drive. We would suggest burning a new HDD.