About half a year ago, my Ford Ranger airbag warning light went on and i started  playing various reprogramming (coding) of various ECUs using the OBD2 adapter.

The first is an adapter that connects the vehicle’s OBD2 port to a PC. VXDIAG VCX NANO for Ford, which is a VCM2 clone. 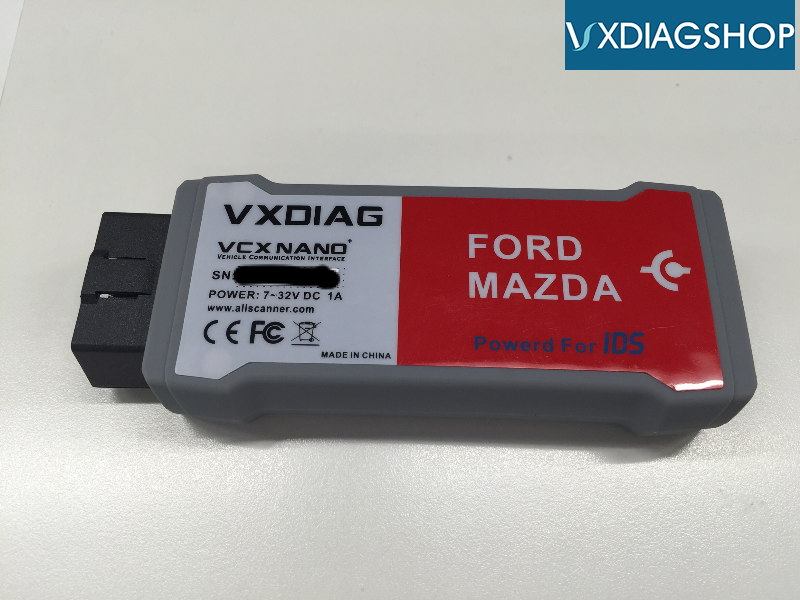 I used the vxdiag here

You can do various things by connecting the vxdiag nano adapter to the OBD2 port of the vehicle and turning the key ON.

Then launch FORScan. The data from the vehicle side starts to be sucked up like the photograph.
By the way, the version of FORScan introduced is 2.3.2beta. Probably I do not think that the release version will last for a lifetime.

You can also read DTC. My car has a rear seat airbag fault, so take a look here. The related module is RCM (Restraint Control Module).

The circuit of the control module of the inflatable airbag in the second row on the driver’s seat side is Circuit Open.

For the time being, there was no problem when I tried On Demand Self-Test, so I cleared the fault with Reset DTC and looked at the situation this time. Warning light in the dashboard disappeared. 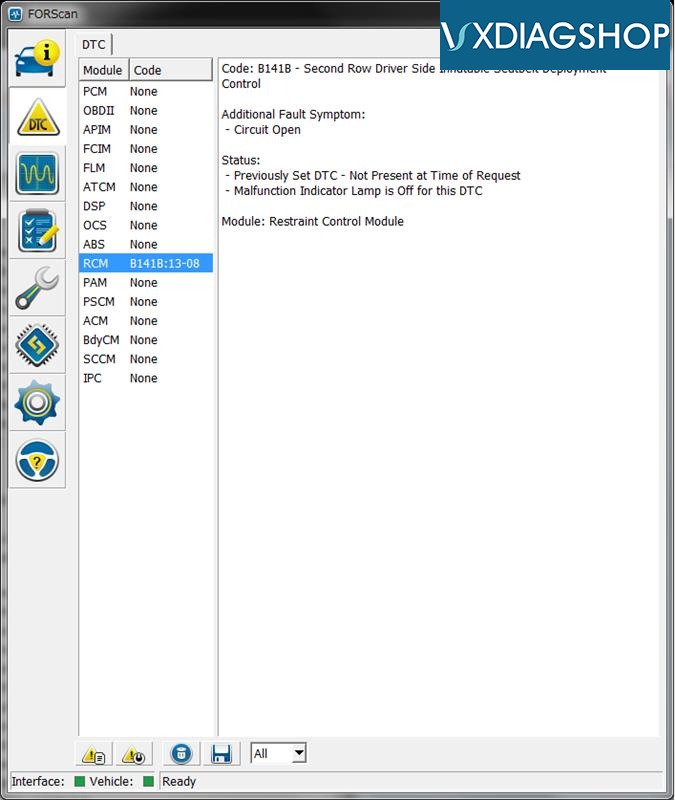 Next is the setting change game. The screen looks something like this. By the way, since this function Default cannot be used, it is necessary to register with Forum and obtain an Extended License. Trial treatment is free for 2 months, but for now it’s Trial Ksai for the rest of my life.

AS BUILT format seems to be displayed as a menu that can change the settings only for those that can be analyzed for all data that the vehicle has, about modules that have not been analyzed Does not seem to be able to edit all data even if there is only AS BUILT data or there is no mark.
However, if the HEX data is known in advance, it can be changed directly on the AS BUILT format side. 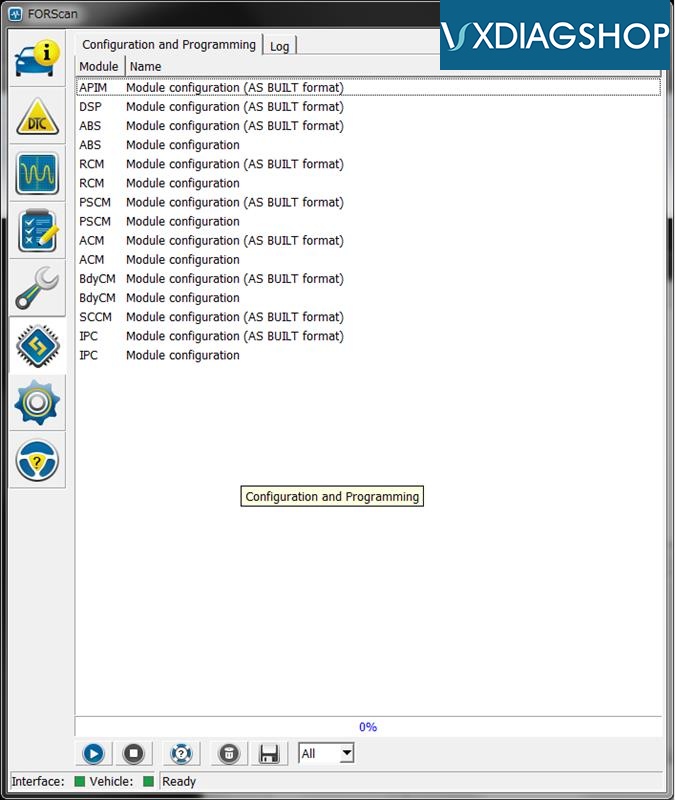 Since I don’t have enough information to play with AS BUILT format, I looked at some unmarked items.

First is DRL setting. Since this is a function controlled by BodyControlModule (BCM), the third item without “BdyCM” is Sole.

Actually, it is in a state where it has advanced to the setting change screen, normal is None. This time I tried “Front Turn Lamps”. There are other options
・ None
・ Low Beam
・ Front fog lamps
・ Front Turn Lamps
Can be selected.

Surely as written.
It is the part that makes it function as DRL.

If you change the setting, it is necessary to write to the vehicle. Clicking Write at the bottom of the screen displays the confirmation window for the changed part, and if you click OK, the vehicle side is reset once.
This is the same behavior as when writing with DiabloSport. 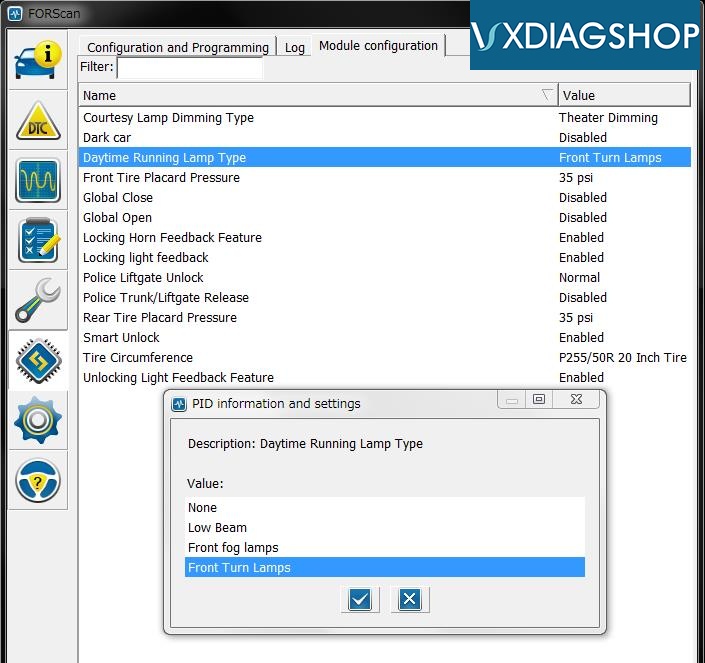 I tried to see what happened while pounding.
As it was on the setting screen, the Front Turn Lamp, that is, the blinker is now lit.

This is the way my car has been restored to local specifications, including park clamps, not Wi-Pozi kits. When the small lamp is turned on, the orange side marker + park lamp beside the blinker will light up.

The DRL function does not light up when the shift position is P, but lights up when R / N / D / M other than P is selected.

The COB squid ring that was installed the other day is always on when it is turned on, so the behavior is slightly different.

It’s a really crazy car that changes its behavior when it’s config. If you change only the electric part, I feel that you can feel bad. By the way, for circuits with sensors, voltage can be measured at all times, and logging can be done if necessary. 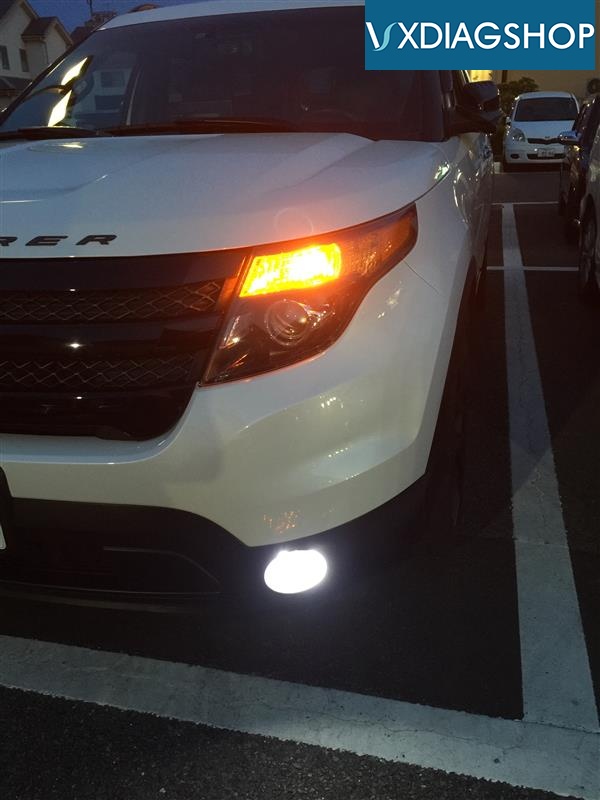 By the way, I changed the setting for the unmarked BdyCM, but what happened on the AS BUILT format side? Comparison before and after.

It was just as expected with the feeling that the HEX data of Address of the target function was simply replaced.

In addition, about the setting value around this, the list of Default values can be obtained anytime by entering VIN at the following site, so it can be restored even if it is messed up. 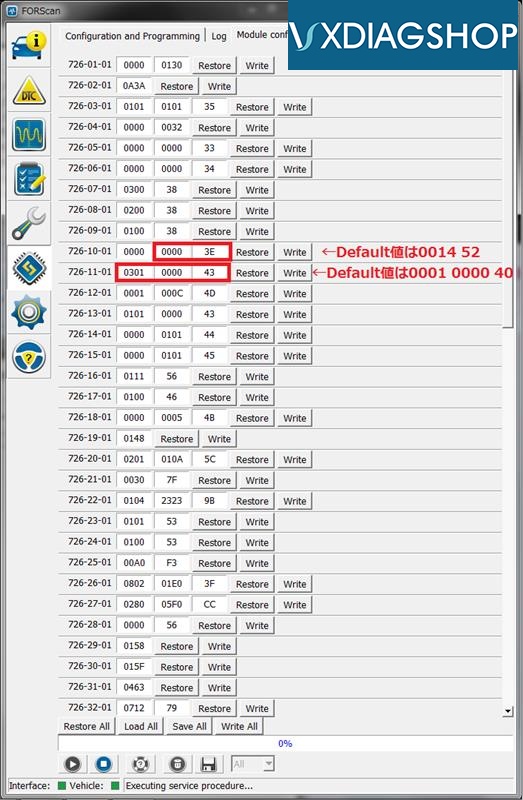 This is another item that I’ve noticed today. IPC Module Backup Warning chime.

As for this function, this behavior is the default in the D car, but it is a setting of the sound of “Tirorin ~, Tirorin ~” that sounds when the reverse gear is engaged.
For parallel cars, I tried to set the disabled item to Enabled in Default.

Result is. . .
Yes, as expected, I heard a sound when I put reverse gear.
With this, the D-car has advanced again. 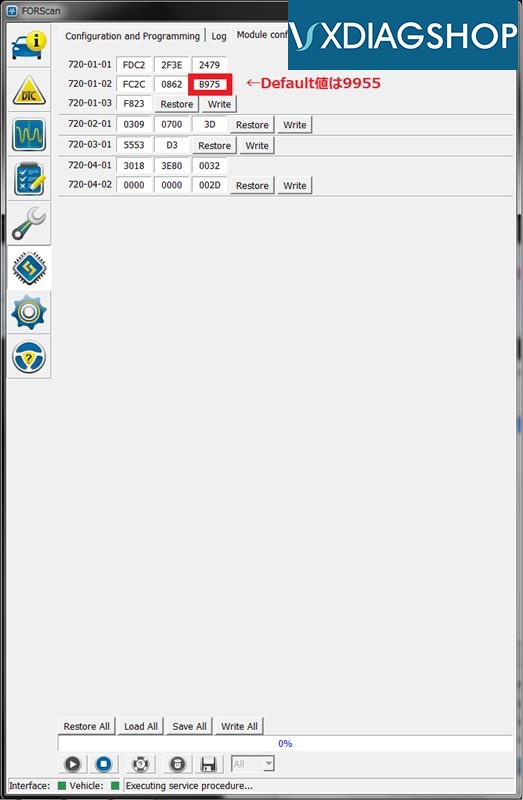