I was just thinking about this a week ago when i ordered a spare ecm, i think i’ll need to do a crank relearn when i’ll install it, hptuners is supposed to be able to do that but i just don’t see the option anywhere.

Looks like i’m going to need a gm programming device eventually, fob/key programming and case/crank relearn. Its funny both of my key fobs stopped working yesterday when my battery suddenly died, i plan to order a new flip key fob soon but the vcx nano is on order. TPMS was fine.

Just got the key today, the hardest part was swapping the key from the fob since the key cutter couldn’t fit the fob. The fob looks fantastic, programming the new key was easy as pie, now I just need the vcx nano to program the fob.
Here’s the fob, he has other styles too just search for KOBGT04A, some keys don’t have the panic button while a few do. 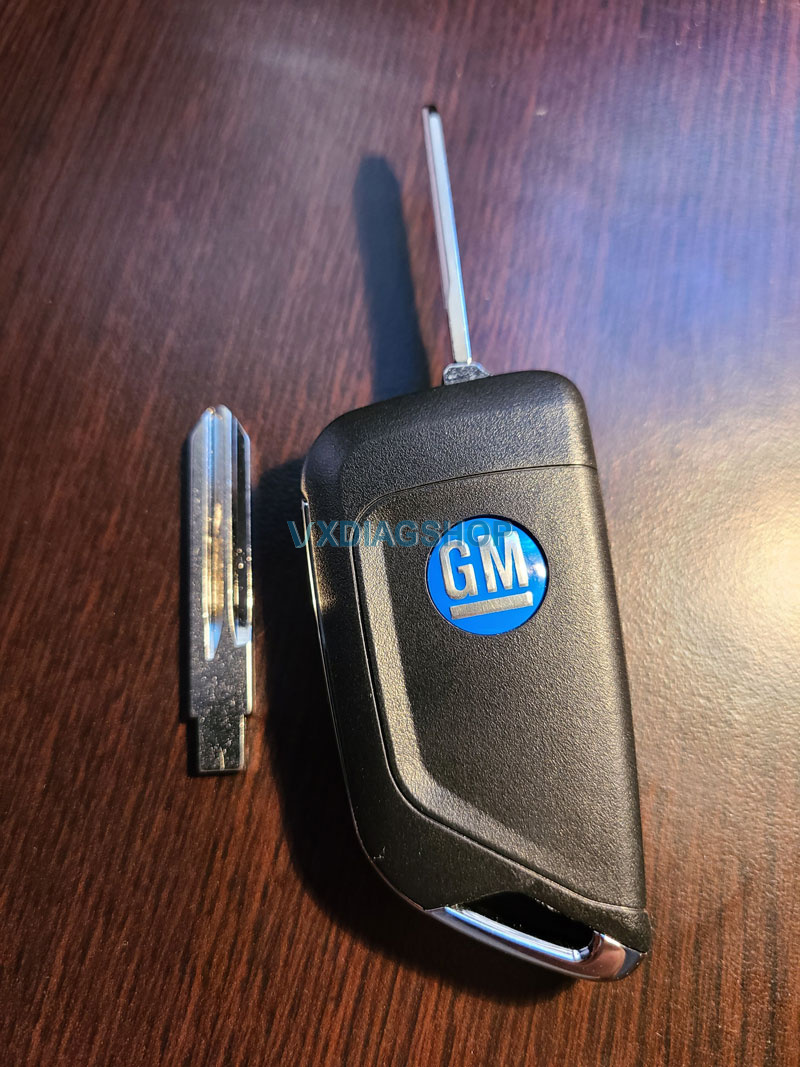 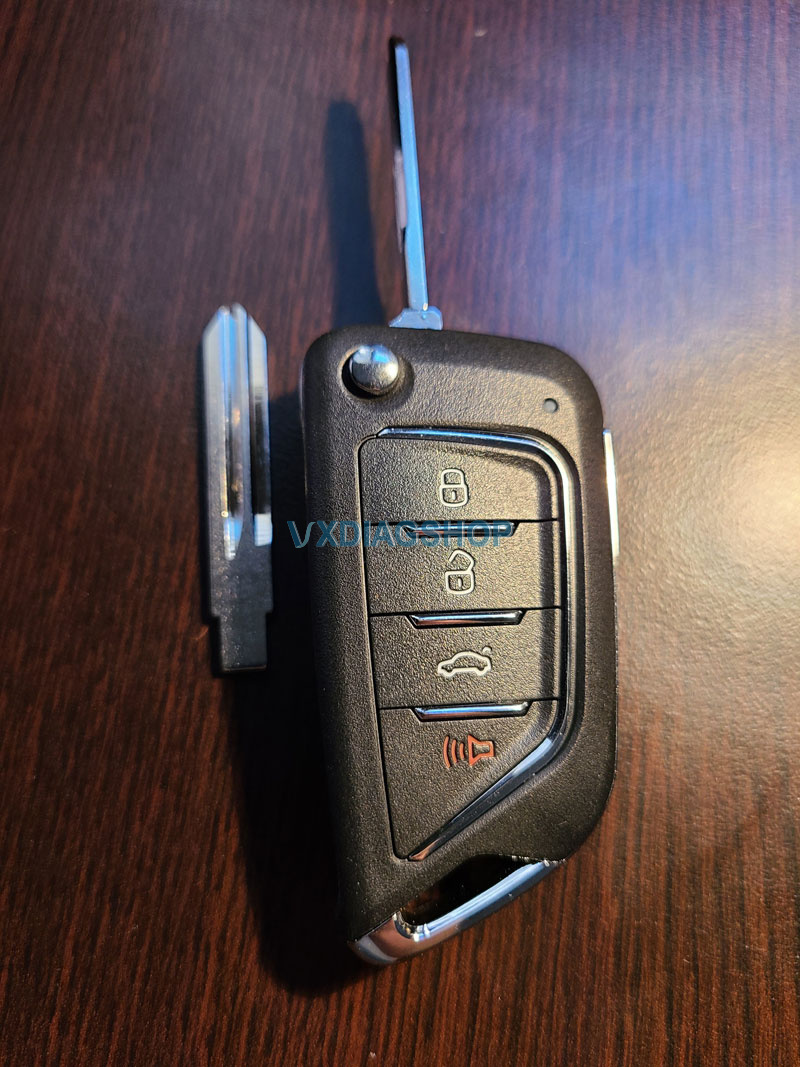 So the vcx nano arrived. The VXDIAG VCX Nano GM is a workable substitute for a Tech2, I got mine directly from the VCX website: VXdiagShop Official Selling Website. Several of us got them a few years ago and had good results with them.

The software is a cracked version of GM’s Tech2Win.
It is a fresh win 10 install so i’m not too worried, nothing of value on the laptop.
Disable windows defender. The so called trojan is because of the wrapper that was made around gds2 in order to get it to run. For the solstice I do not need GDS2 anyhow so you don’t have to install it.

Ok got it installed and managed to setup my new fob, but that wiped the tpms data. I start the learn procedure in tech2win, the left front turn signal turns on, i drop around 10 psi but after two minutes the horn beeps again and the right turn signal never turns on, the learn procedure never goes to the next tire.
I tried the manual learn by holding the lock/unlock on the remote but it never starts and it wipes my fob for some reason, have to relearn the fob again… strange.

2008 is the model year where the RCDLR had software problems. But i am not sure if the problem you are experiencing is something with the software.
I do know that GM’s Tech2 was not the easiest thing to work with. it was plagued with connection issues and all kinds of other glitches. Tech2Win is simply a ported version of the firmware that would run on a dedicated tool. I am sure that it too is plagued with all kinds of issues. and being that the Solstice is also one of the vehicles that received GM’s early version of the CAN networks would make it highly possible that there are issues between Tech2 and the vehicle. This would be one of the reasons why you would get charged an hours labor to do something as simple as programming a remote. It is because they would have to keep on screwing with it until it finally played nice.

The vcx nano can program RCDLR. You also need a subscription to TIS2WEB, but the cost for that is reasonable, so you could save some money.

I am going to put a warning out there that if there is an issue when programming the RCDLR you could brick it. This is why I haven’t done mine yet because I am still checking the stability of Tech2Win and the VCX Nano before I attempt anything like that.
I bought the 2 year pass from acdelco for $45, if you’re in Canada use a us vpn otherwise you’ll pay $53 usd rather than $45. One issue I ran into was that the sps tool wasn’t seeing the vcx nano, turns out you have to install the j2534 passthru driver when installing vx manager.

Once you put the RCDLR in TPMS learn mode, using the sensor tool eliminates the need to change the tire pressures to get the module to recognize the sensors. You can learn the four sensors in about a minute.
It worked like a charm, done in 30 seconds.

Just flashed new calibration on a spare ecm, worked just fine.
This thing is so handy. 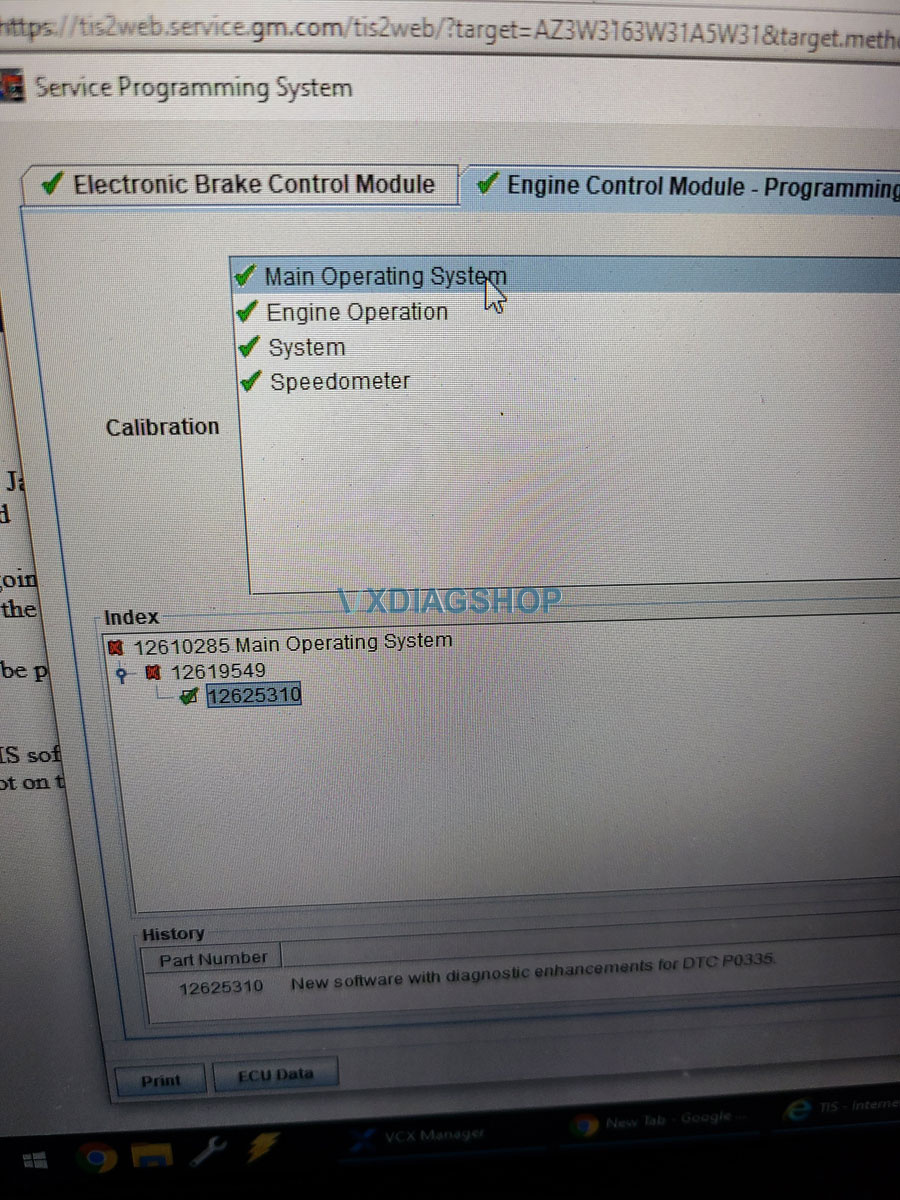 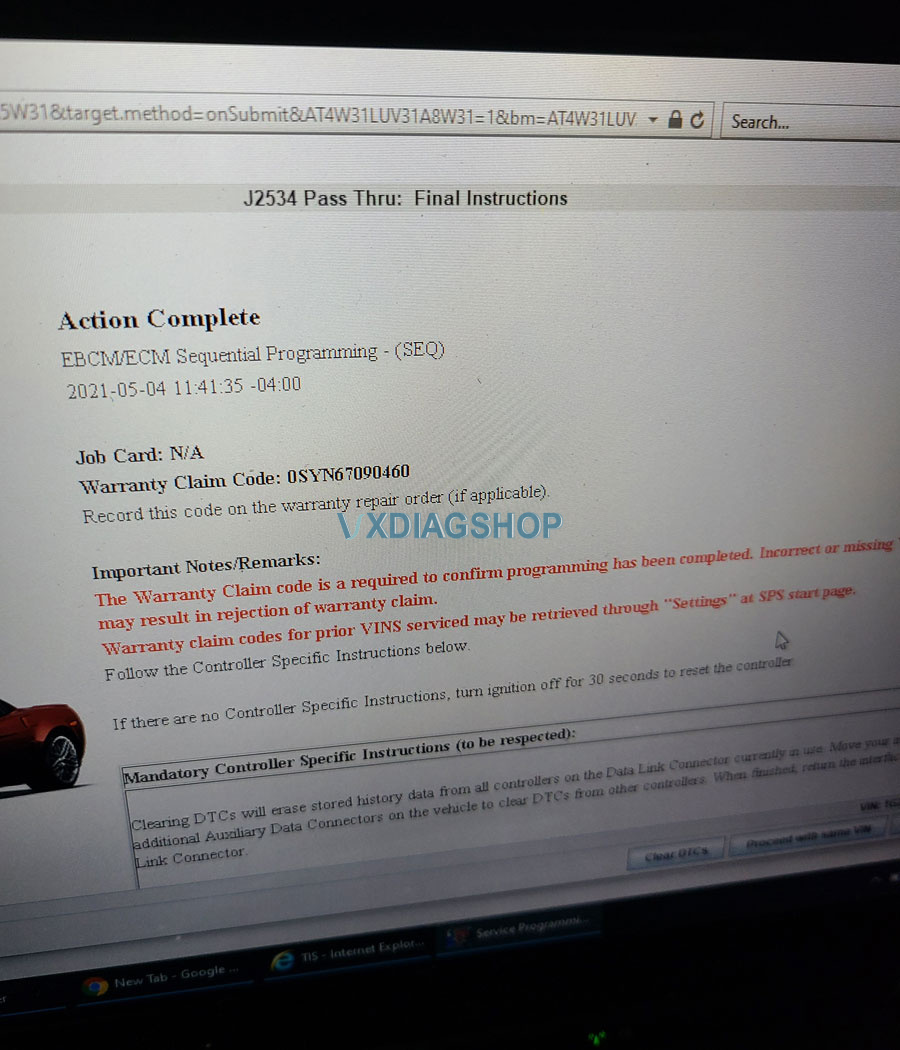 Totally worth 110 bucks the dealer would charge me more for the fob/tpms programming and ecm install.