Bought a set of 20″ Tundra OEM wheels, bought a set of Autel MX TPMS sensors. Programmed them to the same TPMS IDs as my OEM wheels, and brought it all to a local tire shop. Asked them to mount the sensors, mount/balance the tires, and install on vehicle.

My Autel TPMS scanner reads all 4 new sensors just fine – all are charged, all reporting tire pressure and temperature. IDs match up with the OEM sensors.

I scanned the spare, too, and that sensor is also just fine.

Disconnected both terminals for ~45 mins, no difference.

Checked all new TPMS sensors again and compared their IDs vs. the original sensors – all good there. The sensors themselves are just fine.

How to reset TPMS for 2020 Toyota Tundra?

As Techstream shows, it reads the four new TPMS sensors just fine. The problem does seem to be the lack of a programmed sensor ID for the spare tire.

I tried to program it twice, and both times got this error message: 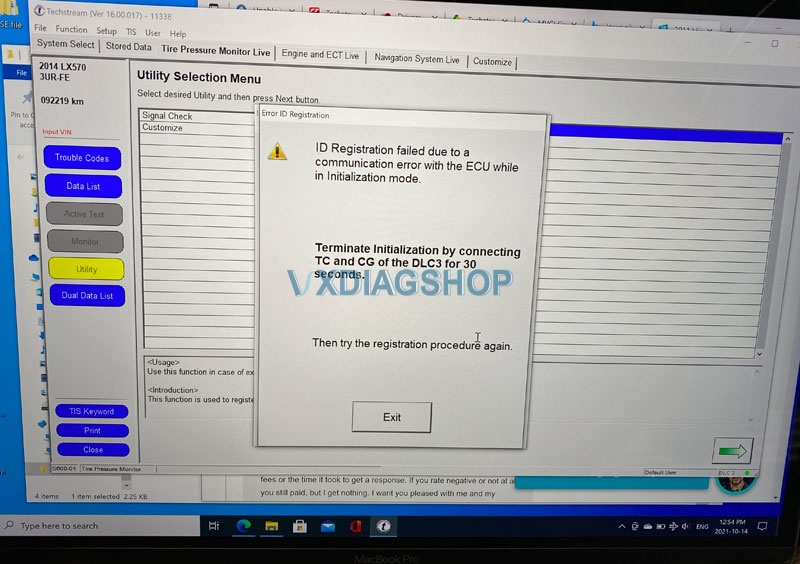 I do have the old sensors, but they are in the other set of wheels, and I don’t much want to dismount two sets of wheels, move sensors, re-mount and balance all eight. The spare wasn’t even touched during this tire swap. My money is on the tire shop wanting to be helpful and trying to program the LX with the 4 IDs of the new sensors (even though I didn’t ask them to do that), and somehow wiping out the 5th (spare) sensor’s programming in the process. Techstream UI makes you program all 5 in one go, so if the tire shop’s tool only had 4 input (which it would have, as I only gave them 4 wheels/tires/sensors), then it makes sense that it would have wiped out the 5th ID from the LX.

New VXDIAG VCX Nano Cable is on the way.

I spent a fair bit of time last Friday searching for the fastest way to get the VXDiag cable/tool. Found the best price and as opposed to shipping from China, right on the manufacturer’s site. 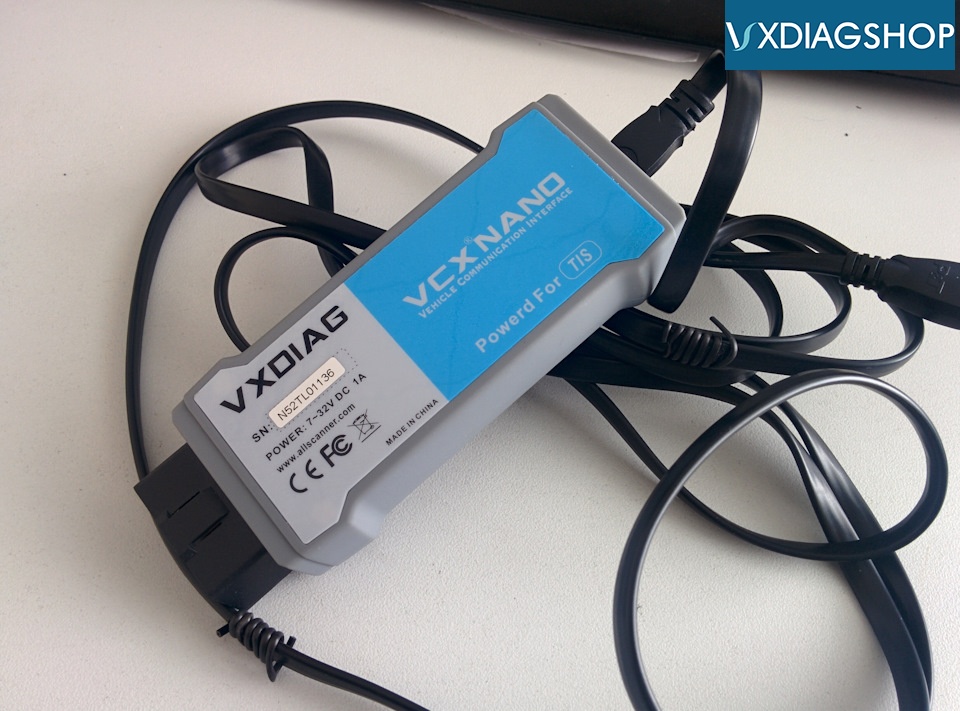 Completely out of the blue, with zero changes from my side, the light went off and the TPMS started reading fine again. The four wheels with IDs programmed are showing up and reading pressures as expected. The spare (which was erased from the vehicle) is in a “CHECKING” state. I’ve no idea what triggered this sudden improvement.

FYI, the device also comes with a CD that contains Techstream. I haven’t tried the CD as I already had Techstream installed. Also, you’ll need to download “VX Manager” and use that to update the “license” for VXDiag in order for it to connect to Techstream.

Here is the steps on how to renew the license:

Please be informed: The reason why the user need to renew license is because it can prevent some manufacturer from clone VXDIAG device.