I got the vxdiag vcx nano jlr sdd from vxdiagshop.com.  Installed the driver, launched the VX Manager, launched SDD without reinstalling (same one I’ve been using with VCM) and it picked it up as JLR-VCI. I drive a Jaguar X150 2010 year. vxdiag worked like a charm and I was able to pull codes, clear codes, and toggle switches in the suspension diagnostic mode, everything worked as promised, plus it works through wifi too. 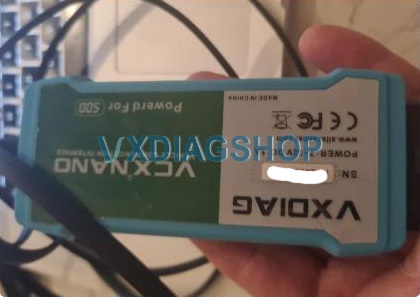 Connects to all modules too without a problem.

vxdiag jlr sdd is doing all updates SDD online with Jaguar server on an old win 7 computer,, think there was 3 or 4 updates so 163.

Hook up with my Jaguar and wanted to change speedlimiter.  My Jag has no active cruise or camera but has tested the speed limiter and works. When reading ecu sdd told me that i needed a special file to complete the operation, an option to save “update file link” on usb and get downloaded with an internet-connected computer set. Nothing to loose just plugged in usb to another computer and downloaded file from jaguar. done.
Plugged usb in sdd computer and pointed to usb when asked for update, done.
The process goes on and the speedlimiter is now set to the highest value.
Tested also kess v2 tool and that other blue jlr mangoose cable, not good at all. They was scary to read ecu with.

When I was in SDD i was setting the speedlimiter in “as built” configuration. Then i told SDD to use that file and write to car and as i understand it stores CCF on 3 places except “as-build” and all have to match. BCM RSJB and FSJB.
I just did what SDD told me to do.
I changed the AS_BUILT,  250 km/h to 300 km/h and “download” to car. Done.